The Web Metrics page presents the data recorded by FusionReactor related to your application server and its request load in an organised and easy-to-analyse structure.

There are several graphs and tables on this page categorizing the data.

By default, there are 6 graphs (As seen below), labelled as follows:

The graphs available allow a variety of customization.

You are able to change the time range shown on the graph by selecting one of the time choices at the bottom-right of the graphs. If you wish to change or extend on the data shown by these graphs, this is also possible. See:

You are able to enlarge a graph by clicking on its name below the graph. This will take you to a page showing just this graph only. 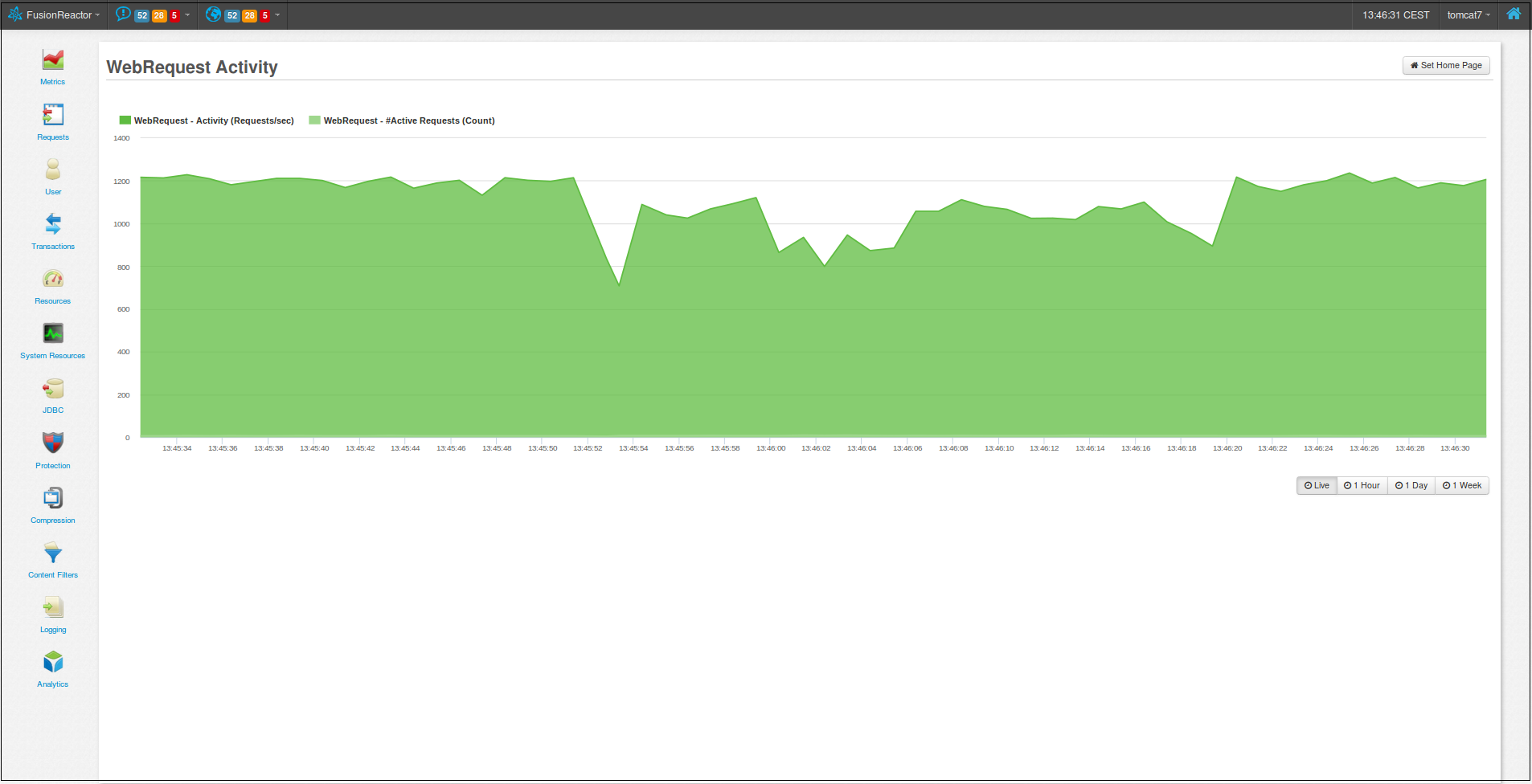 Due to the nature of the Java Garbage Collector, this may not be instantaneous. 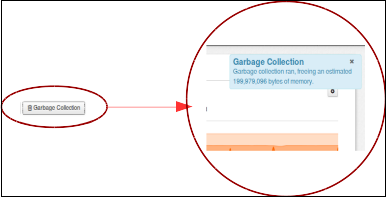 A button has been included on this page to allow for manual garbage collection, at the bottom-right of the graphs. After clicking this button, you will receive a toast notification indicating how much memory was freed.

Garbage Collection will attempt to reclaim memory being taken up by objects that are no longer in use by the program, thereby increasing the amount of free memory.

The Overview Table displays general statistics about the application server.

The following is displayed in the table above:

The Counts table provides numbers on the state of Web Requests and JDBC Requests by your application server within the last 60 seconds.

The following is displayed in the table above:

The Recent table shows information about recent Web Requests and JDBC Requests (recent meaning any requests within the last minute).

The following is displayed in this table:

This table displays the statistics of the Crash Protection triggers, displaying the type of protection that caused the trigger.

The following is displayed in this table, all giving the amount to trigger in the last 60 seconds, and the amount since application server start:

This table lists all HTTP return codes which have been returned by this application server. Each return code is also a link which will show you all requests from the current request history which have that return code.

By clicking on the

icon next to a graph, a pop-up form will appear allowing you to be able to change various features of that graph.

This modal, or pop-up, can be used to customize the graphs that are displayed on the Web Metrics page. 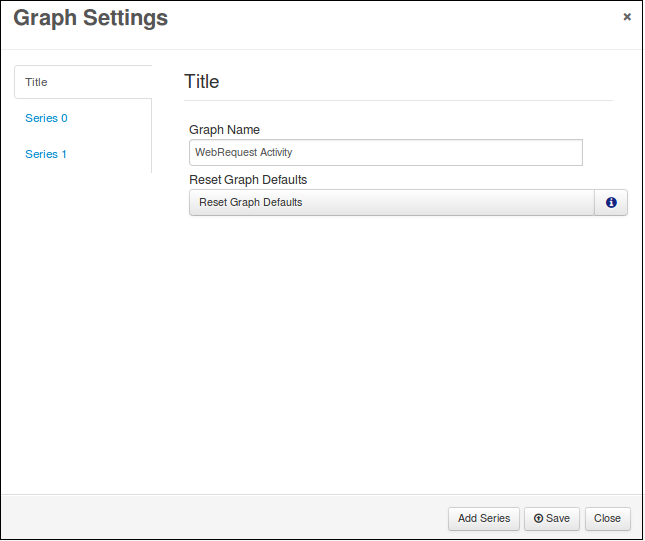 In order to add a series to the graph, click the "Add Series" button on the bottom of the model. This will replicate the last series in the list, you will then have to change the settings for the new series. There is no limit on the number of series that you can have per graph.

There is no limit on the number of series that can be added to each graph. However if you add many series to the graphs, this will impact page performance.

To remove a series from the graph, click the "Remove Series" button on the series you want to remove.

You cannot remove the first series.